ClipDis is a video mashup generator that transforms ordinary messages into sequential short clips from popular movies and YouTube videos. Users can simply type a message, with emoticons included, and ClipDis matches each word or emoticon with a micro-clip. Users also can take a selfie video of themselves to fill in the holes or replace a word, until they are satisfied with the entire mashup. ClipDis partnered with Facebook and Kik Messenger and later introduced a chatbot.

I really like working with them because of their guaranteed quality and respect for deadlines. If we find bugs, they take care of them quickly. They’ve never let us down, and I expect they’ll continue to meet our expectations in the future.Samuel Hapak, CEO at ClipDis

ClipDis needed a live video editor from archived videos and YouTube footage as well. If somebody typed a text message, the message should be transformed into a sequence of short video clips.

Accuracy matters when it comes to cutting videos into micro-clips, but ensuring every short video clip was properly sliced with the audio and video synchronized was a big challenge.

Coding Sans partnered with ClipDis after their launch. They experienced some difficulties scaling the app, since the partnership with Facebook caused an unexpectedly high volume of requests.

We helped ClipDis to set up an optimal server configuration on Amazon Web Services to handle the high number of requests. Even though ClipDis had an in-house software team, they weren’t experienced with technologies that required the solving of the video cutting issues.

Using our experience in Node.js, we optimised the app's backend, making the videos synchronized with audio and video cutting much more accurate. 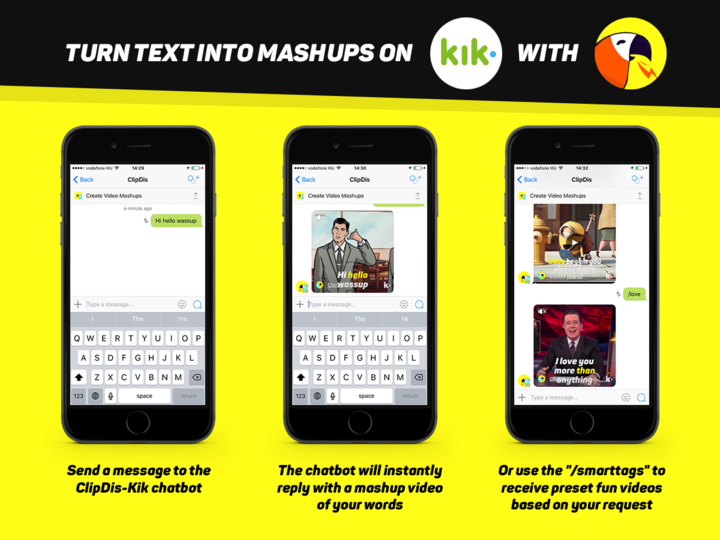 WHY DID CLIPDIS DECIDE TO OUTSOURCE SOFTWARE DEVELOPMENT?

ClipDis were desperate to build their own in-house software development team, but it’s often hard to find the right talent for an IT job.

Building a team took longer, and the quality of work wasn’t as good as expected.

After, they concluded they needed to hire a firm that can guarantee a certain level of quality.

Here is what the CEO of ClipDis said about us:

"I really like working with them because of their guaranteed quality and respect for deadlines. If we find bugs, they take care of them quickly. They’ve never let us down, and I expect they’ll continue to meet our expectations in the future.

We trusted Coding Sans because they’re really keen on scheduling. Their project management was great. We had some communication issues at the beginning, but they were solved.

During the project, we used a Scrum methodology and Slack for communication.

The most impressive thing about Coding Sans was that they know what they were talking about. They estimated accurately at the beginning and when we signed the contract. If we ran into any deadline or development issues, they never overcharged us."

_A step closer to your product

Request a free consultation with our project managers, and we help you figure out the next steps for your project.

_The pillars of our work

How We Do It

Our code is tested, linted, and follows the industry best practices. It’s also self-describing so you will know exactly what is happening under the hood.

You won’t get to know us until you work with us. To minimize your risk in the process, we provide the first sprint of coding for free, so you can check out how we actually work to decide whether it meets your requirements.

We provide full code transparency with version tracking software (GitLab or GitHub) and use a direct communication platform (Slack) to communicate achievements, setbacks, and changing requirements on the fly.